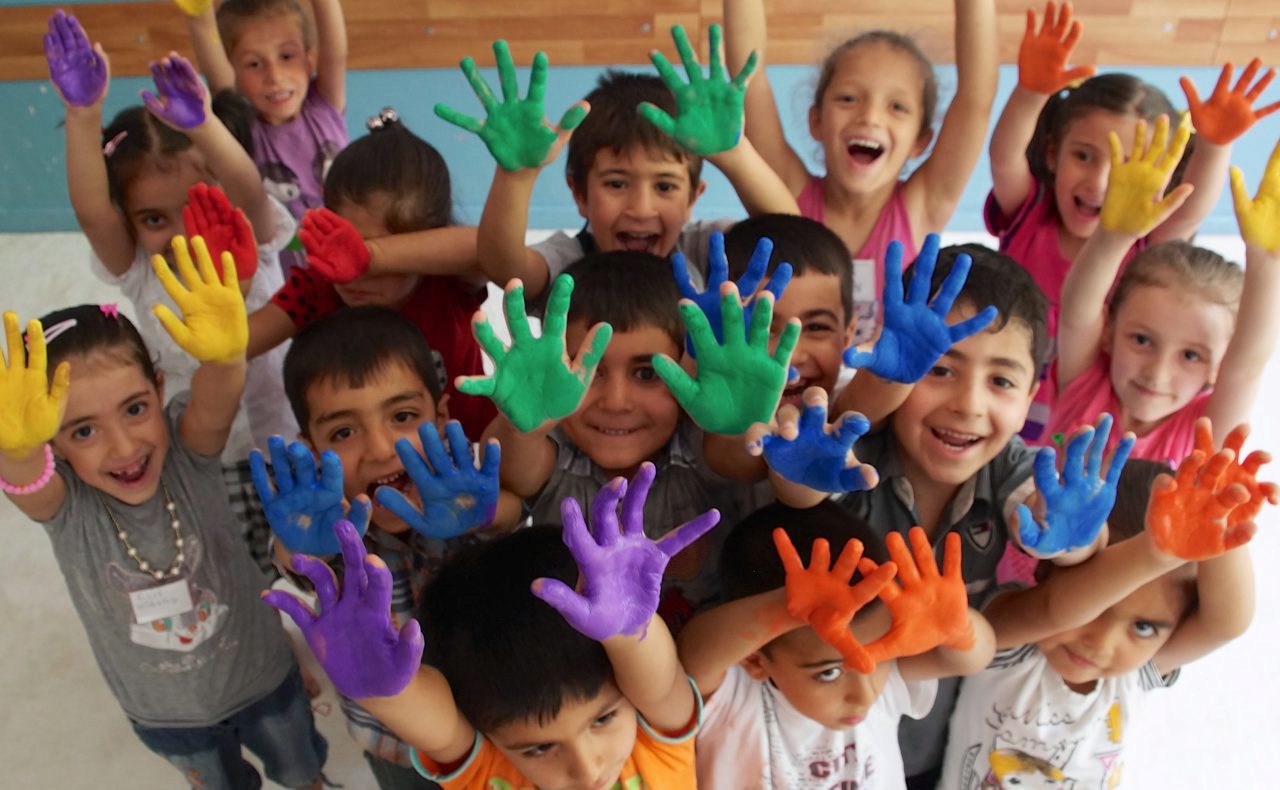 This article explores the research of Lipman honoree, ACEV. – Written by Renée Alexander of LightBox Collaborative

There’s a reason it’s called “re”search. Good science requires searching and re-searching and searching again for often elusive answers. It requires replication and peer review. And when research is done right, it can change the world.

ACEP – the Mother Child Education Program – was born from a comprehensive research study on preschool education conducted from 1982 to 1986 by three professors from Boğaziçi University in Istanbul, Turkey. The randomized control trial showed that early childhood education in Turkey was deeply inadequate, and most children had no access to education in early years.

The researchers developed a home-based preschool education program called the Mother Child Education Program, and implemented it as part of their research. The study determined that home-based training for mothers was significantly more effective in setting up children for educational success than were day care facilities and even childhood education centers.

With the support of a like-minded philanthropist who wanted to see the promising program scaled up significantly, they launched the official Mother Child Education Foundation (ACEV) in 1993. In collaboration with Turkey’s Ministry of National Education, they began implementing their 25-week home-based training program for mothers in Istanbul, focused on the needs of the child.

Being scientists, they continued collecting and analyzing data, which led to new learnings, new challenges, new solutions, and new programs.

“When we started working in the field, many other needs began to emerge very quickly,” says Ayla Goksel, Vice President and CEO for ACEV. “We realized that the mothers of the children who were most in need were not literate, which affected their ability to navigate the world around them.”

So ACEV developed a program for mothers focused on functional literacy and daily life skills such as writing down phone numbers, paying the electric bill, navigating the bus system, going to the hospital, or signing up their children for school. They also shared information about women’s rights in regards to inheritance, marriage, and childcare. And they educated them about child development and healthy communication.

The results spoke for themselves. More children entering first grade already recognized letters and numbers. Children whose families had participated in the program were ready to learn as soon as they started school: their Math and Language test scores were significantly higher than their non-participating peers. As these children grew into adulthood, the results of the program became even more striking: children of participating mothers enrolled in higher education and had higher status jobs. Even their computer ownership and credit card use were significantly higher than the control group.

But there was still more work to be done.

“Mothers told us they were communicating better with their children – no longer shouting at them or using corporal punishment,” says Goksel. “But they said the children’s fathers often did the opposite. So we realized, fathers need this program, too.”

When they first implemented the Father Support Program in 1996, their plan was to replicate the successful Mother Child Education Project. They quickly learned that fathers needed a different approach. For starters, they needed a place to meet that was open late at night, after they returned from work. And most importantly, the trainers needed to be male; culturally, this would increase the program’s effectiveness.

Because every neighborhood in Turkey has an elementary school, ACEV hosted night-time meetings in local classrooms. And because teachers are highly respected community leaders in Turkish culture, they worked through the teachers’ union to hire and train local male teachers to lead the 13-week programs. When they noticed that some fathers were hiding their classroom materials from others, ACEV removed the “Mother Child Education Program” branding from some class materials.

Initially, many of the participating fathers resisted the entire concept, saying that their job was to make the money, and raising children was the mother’s role. Many also felt that showing too much interest in child-rearing would be emasculating. As a result, many fathers who were happy to cook or clean inside the house were embarrassed to be seen pushing a stroller or hanging up laundry on the balcony. Indeed, ACEV’s 2017 research study on fatherhood revealed that 91% of fathers in Turkey consider mothers to be responsible for child care; 51% have never taken their children to the bathroom; 36% have never changed diapers and 35% have never trimmed their children’s nails.

After a few weeks in the program, however, fathers’ attitudes began to change. They started to show more interest in child development and positive communication techniques, and they stopped hiding their classroom materials. Many realized that what they wanted from their fathers when they were children was often the very thing they were not giving to their children now that they were fathers: their time and attention. And most importantly, they saw the results of their efforts at home.

Goksel says, “As the fathers learn to communicate better with their children and to resolve conflicts by talking instead of yelling, their children respond positively, as do their wives. When they see how happy their child is to interact with them, and how the level of tension in the home is lower, they become advocates for the Father Support Program. Some have even started their own local fathers’ groups to encourage other men to become more involved in their children’s lives.”

Impressed by the program’s well-documented results, the Ministry of Education took up the program and scaled it far beyond the capabilities of the initial researchers. This pattern of research, solve, validate, replicate, repeat has continued.

In 2000, ACEV launched a childhood enrichment program for Kurdish-speaking children, whose parents didn’t speak Turkish and often didn’t enroll them in school, where all instruction was conducted in Turkish. Those who did enroll in first grade started out two years behind their Istanbul peers in language skills.

So ACEV set up an intensive school readiness program in predominantly Kurdish areas, hosted in local elementary schools during the summer months when they were empty. Bilingual teachers were hired, so they could help the kids learn some basic skills that require clear communication, such as ‘stand in line,’ ‘sit down,’ or ‘this is where you’ll find the bathroom.’ As a result, school enrollment among these communities jumped from 47% to 97%, and data show that children who complete the program are far better prepared for school than those who don’t.

In 2002, ACEV collaborated with Turkish Radio and Television to create “Will You Play with Me?”, an award-winning television program geared toward preschool-aged children and their families. Similar to Sesame Street, the program ran for five seasons, creating more than 250 episodes that are still aired today. Studies show that watching the show three times per week made a significant difference in key measurements of early childhood development.

In 2006, ACEV’s Functional Adult Literacy Program received a UNESCO award, and another television program, “It’s Great to be a Father,” was created and aired in collaboration with NTV. By 2011, ACEV had launched a website to support preschool teachers and a computer-based literacy program.

The summer preschool program that proved successful in Kurdish communities has been replicated in Syrian refugee communities in Turkey, with similar success. ACEV has been working with local partners in other countries to expand their programs beyond Turkey’s borders. Bahrain, Saudi Arabia and Brazil are some of the countries which have adopted the Mother Child Education Program. ACEV has also shared the summer preschool methodology and content to train trainers in Laos and the program was eventually also adopted and scaled up by the ministry of education.

“We are so proud that our programs have been implemented in other countries,” says Goksel. “What has worked in our favor is that our programs are very well researched, and they have proven impact. Being able to verify results with international standards and randomized control trials has made a huge difference.”