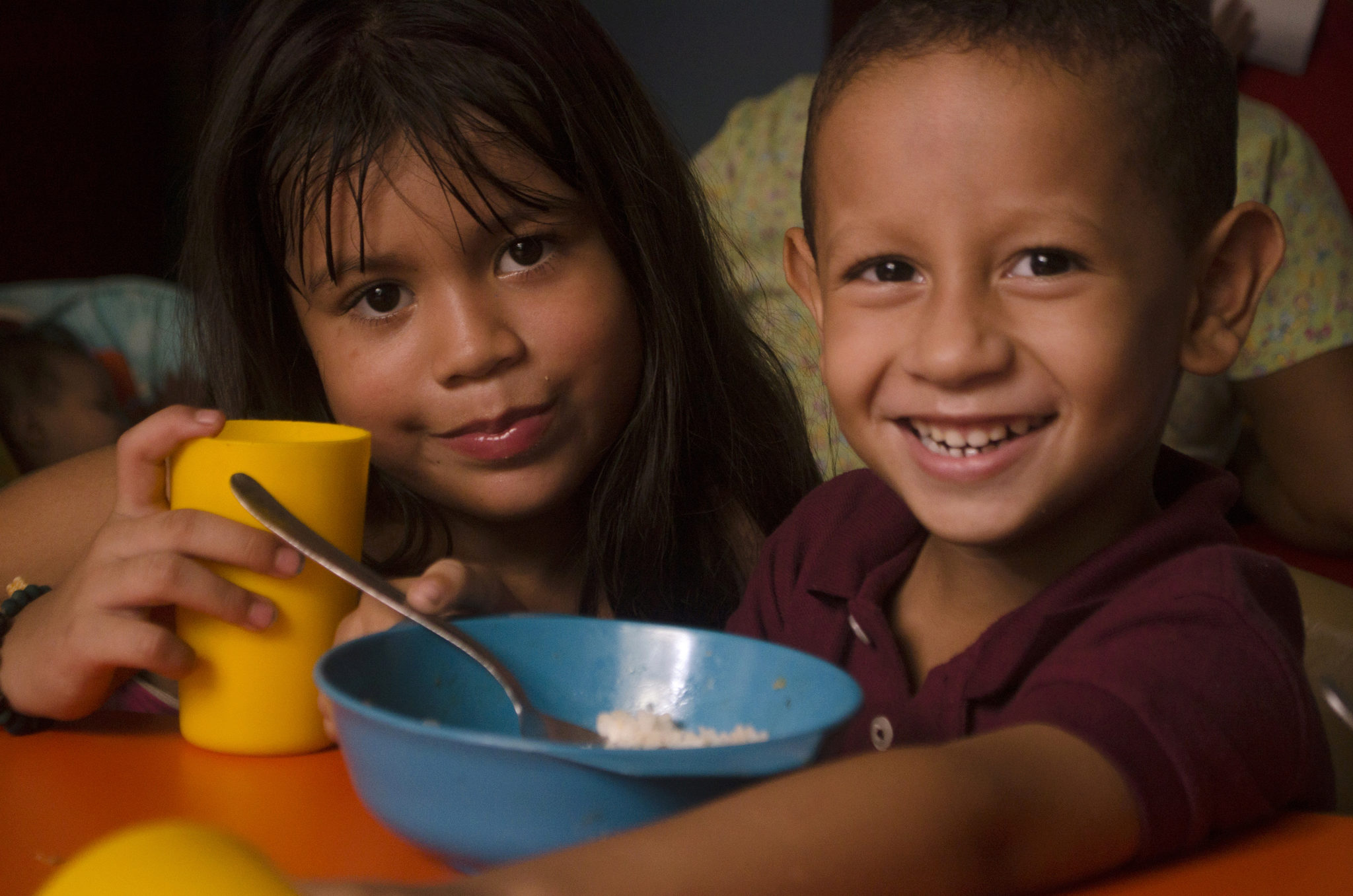 This article highlights the innovative approach of Lipman honoree, The Global FoodBanking Network. – Written by Renée Alexander of LightBox Collaborative

When a dreamer and a doer team up to tackle a problem, there’s almost nothing that can stop them. That’s what happened when Bill Rudnick, a man of vision, and Bob Forney, a man of action, set out to start a global foodbanking organization.

Following a board meeting in 2004 of America’s Second Harvest (now named Feeding America) in Dallas, Forney, the outgoing CEO, and Rudnick, a board member whose tenure was coming to an end, lit upon the idea of going global with the organization’s successful foodbanking model.

“As we reflected on our experiences doing food banking locally and nationally (in the US), the idea seemed clear and obvious—we needed to expand the food banking model internationally,” said Rudnick. “Bob [Forney] was a dreamer… an ambitious dreamer. So, once we came up with the idea of taking the US food banking concept to an international level, he was fully engaged and wasn’t letting go. That was the nature of his passion and drive and vision. As was often the case in our relationship, my job was to organize the effort and help bring the vision to life.”

By May 2005, they had buy-in from food bank leaders in the US, Canada and Mexico to share resources and work together to explore the development of a global food banking organization as well as guiding principles. In August, they met in Mexico to create a business plan and agree on a name: The Global FoodBanking Network.

After beginning official operations in July 2006, the team embarked on trips to the UK, Turkey and South Africa in March 2007. On invitation from Kellogg’s and a locally-based NGO, Joint Aid Management, they launched a two-year, intensive in-country project in South Africa, where they helped create a national coalition comprised of civil society, government, and private sector leaders to form Food Bank South Africa. They established food banks in Cape Town, Durbin, Johannesburg, and Port Elizabeth, all connected by the national network.

“During this trip to South Africa I started to think about food banking as a technology and GFN as the masters of that technology,” Rudnick reflected. “Food banking is a way to take a series of inputs and affect an output. You handle and manage the food in a certain way, and you have a way to feed people. What we needed to do was to translate that technology for the people on the ground.”

Thus began the Food Bank Leadership Institute, a global platform for food bank leaders to exchange knowledge and best practices, stay abreast of the latest trends in hunger relief, and access proven training and growth techniques. To date, more than 350 food bank leaders from 60+ countries have attended, and participants have gone on to launch food banks and programs that tackle nutrition, rural hunger, and prepared food rescue.

According to Lisa Moon, President and CEO of GFN, “Most people don’t realize that hunger is a logistics problem rather than a food problem. In emerging economies, one in four people are malnourished while 15-30% of food is wasted.”

In order to rescue billions of pounds of surplus food and deliver it to the people who need it most, food banking systems must engage all sectors of society, including governments, businesses, and civilians. Food banks acquire donated food from farms, manufacturers, distributors, retail stores, consumers, and other sources and make it available to those in need through an established network of community agencies including school feeding programs, food pantries, soup kitchens, AIDS and TB hospices, substance abuse clinics, after-school programs and other nonprofit programs that provide food to hungry people.

“That requires a lot of technical and logistical know-how,” says Moon.

Transferring that knowledge is paying off. In fiscal year 2018 alone, 811 food banks in the network rescued and distributed 472 million kilograms of food and grocery products to 7.78 million people in 31 countries, supporting more than 55,000 social service agencies.

Many of these food banks further implement innovative programs that meet needs specific to their populations and geographic locations.

In Argentina, beneficiary organizations of Banco Alimentario La Plata requested a way to extend the life of fruits and vegetables once they are removed from food bank storage facilities. So they designed the Pequeña Unidad Productiva de Alimentos (PUPA) project, which consists of processing, freezing, and packaging four specific products: mixed fruit and vegetables, tomato pulp, and frozen fruit. This recovery process adds to the food’s shelf life and helps it reach more people. In one year PUPA has manufactured 5,300 kilos of mixed vegetables and fruits, tomato pulp, and frozen fruits.

In Shanghai, Oasis Green Food Bank developed the Sharing Fridge project, in which nearby community organizations and restaurants store safe, excess food in a public refrigerator that people in need can access for free. Each refrigerator functions as a small food bank and works in areas without the infrastructure or staff to operate a fully functioning food bank. To date, more than 40,000 people have obtained food from the refrigerators, with more than 1,000 available throughout Shanghai.

The Korean National Food Bank launched the Moving Food Market, a food truck that visits low-income communities and operates as a mobile market. The Moving Food Market runs like a convenience store and serves donated, nutritious food in regions of the country that are geographically isolated because of mountains and farms.

“The ‘Waste Not, Want Not’ report highlights the large-scale environmental and social impact of food banks, a community-based model that is positioned to address both the paradox of global hunger and food waste during a time when hunger rates are regrettably on the rise,” says Moon. “This community-based approach must be considered as a pivotal, stop gap solution in the fight against hunger, alongside public policy change that addresses the root causes of poverty.”