Operation ASHA: Scaling Up to Eradicate Tuberculosis in 25 Years

Operation ASHA, a 2018 Lipman Family Prize Honoree, works with tuberculosis (TB) patients amongst the poorest of the poor, living in slums, villages, or hard to reach tribal areas. 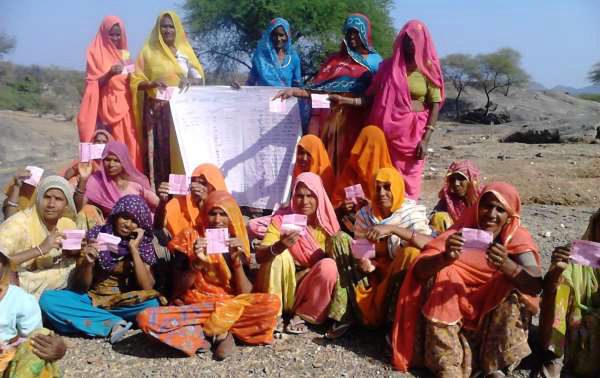 It took two centuries to eradicate smallpox worldwide after English doctor Edward Jenner established the basis for vaccination in 1796. It wasn’t until 1959 that the World Health Organization initiated a plan to rid the world of the deadly disease, and the job wasn’t completed until 1975, when a three-year girl from Bangladesh became the last person in the world to acquire the disease naturally. In the 20th century alone, an estimated 300 million people died from smallpox.

How many lives would have been saved if smallpox could have been eradicated in half the time? Or a third of the time? That is the question Operation ASHA is asking as they set their sights on the eradication of tuberculosis.

At the present rate of treatment, most experts estimate it will take 170 years to eradicate tuberculosis. Sandeep Ahuja thinks it could be done in 20 to 25 years, if governments would outsource the challenge to innovative nonprofits like Operation OSHA, which provides last mile delivery of healthcare for diseases – like TB – that are difficult to tackle otherwise.

Ahuja and his co-founder, Dr. Shelly Batra, launched Operation ASHA 11 years ago, providing tuberculosis treatment in one urban slum in India. Last year, the organization provided awareness about many health issues and medical treatment in 5,000 slums and villages in six Indian states and six Cambodian provinces, consisting of 15 million people.

They plan to continue expanding to other regions of the developing world until they eliminate tuberculosis, which “…is a scar on the face of the earth,” says Dr. Batra.

Tuberculosis is particularly challenging to cure because the treatment regimen requires a patient to take up to 75 doses of medication under the supervision of an observer, over the course of six months or more. For families living in slums and rural areas, regular, frequent travel to a TB center to take medication is — for all practical purposes — impossible. And when patients stop coming for treatment, their TB morphs into a deadlier, drug-resistant version that is almost always fatal and just as infectious as regular TB.

Operation ASHA addresses this “last-mile” problem with a community-rooted, commission-based model that has proven to be high impact, low-cost, and immensely scalable.

Before beginning work in a village or slum, they first make sure they are welcome and wanted. Having learned from a deadly polio outbreak in India amid rumors that the polio drops were actually infertility drugs designed to sterilize Muslim children, Ahuja says, “We go to the village leaders and say, ‘We think you have a need here for tuberculosis treatment, and the government also thinks there is a need. This is what we can offer and in return, we expect patients to complete their treatment and community to support them. Do you also think there is a need here? Do you think our plan is fair?”

Once they have achieved community buy-in, Operation ASHA recruits smart people from the local community who can quietly and carefully identify people who have tuberculosis, HIV, hypertension, and other targeted illnesses. “It can be a terrible stigma for your neighbors to know that you have tuberculosis or HIV, so our workers must be savvy enough to know what to look for, and to read between the lines in conversations.”

Recruits must also speak the same language and dialect, and be deeply familiar with the culture. He explains, “In a Muslim community, during Ramadan, a fellow Muslim will change work hours to suit the time for fasting and ensure continued treatment. Outsiders may not think like that and lose patients.”

Recruits from the community receive a week of training on different aspects of the diseases they will be detecting and treating, then they spend a few days in the field with existing workers to learn the ropes. After that, if they pass written and verbal tests, they can start seeking out patients for incentive-based pay as a community health providers.

Their job is to identify people with tuberculosis (and other illnesses), get them the necessary medicine, and make sure they take the medicine as prescribed. This requires regular, in-home visits to individual patients. Sometimes community health providers treat multiple members of the same family for a myriad of health problems. “If we are working with a TB patient, and another family member has HIV, we will also ensure the HIV patient is taking their medicine,” says Ahuja.

He describes a somewhat common situation of a mother with TB whose daughter has hemophilia. “If the child is playing — like all children do — and falls down and starts bleeding, that child may be unwell for several days, and without the support of a community health provider, her mother may miss her medicine and her TB becomes drug resistant. We recognize that families are interdependent, and we must treat them all.” 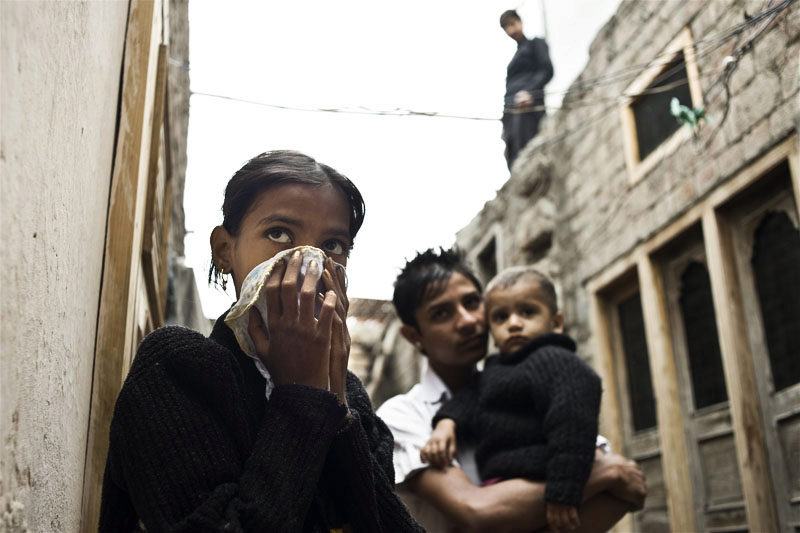 Community health providers must be entrepreneurial, as they are required to meet benchmark minimums, and can earn more money by identifying and treating more patients with high adherence and retention. Biometric field-testing equipment keeps everyone honest, by requiring fingerprint scans of patients to submit reports. In rural India, where 92% of jobs pay less than $80 a month, Operation ASHA’s community health providers earn an average of $110 per month for investing five hours a day. They also earn a new level of respect from community members, who often refer to them as ‘doctors.’

In addition to saving lives, Operation ASHA is saving vast sums of money for the families, communities, and countries they work with. On average, an infected, untreated TB patient will infect another 12 people before dying. With successful treatment, a patient saves the community $12,000 in medical costs by not infecting others and, once healthy enough to work, can earn an additional $14,000 over a lifetime.

In addition, says Ahuja, “Our delivery model is 32 times more cost effective than other TB organizations, because we train the community to serve the community instead of hiring doctors and nurses from outside.”

Operation ASHA’s cost of treatment per TB patient is $80 in India and $89 in Cambodia. In comparison, other programs cost $1,900 per patient in Cambodia, $3,575 in South Africa, $14,059 in the European Union and $17,000 in the United States. In addition, the organization’s community health workers are detecting and treating more patients than other outreach efforts.

“Across India, the detection rate is 63% and treatment rate is 75%. But we usually detect 100% of the TB patients in a community and successfully treat about 85% of them,” Ahuja explains.

Last year, Operation ASHA served a population of 15 million people with a budget of $1.5 million. When you tally the savings from preventing the spread of TB, the increased earning power of treated patients, and the benefits of job creation for community health providers, the organization has created a financial impact of $2 billion for TB alone since their launch in 2006, at a cost of $10 million in cash and $15 million in medicine.

It will take a determined, sustained effort, but with enough stable, long-term funding from governments of countries afflicted by TB, Ahuja is confident that the Operation ASHA model could be scaled up sufficiently to eradicate the disease worldwide in 20 to 25 years. Unfortunately, due to political realities, these governments find it hard to replace existing, low-performing, high-cost programs with Operation ASHA.

“The governments will need to wake up to reality and adopt Operation ASHA’s model. Otherwise, they will fail to meet their targets and the relevant Sustainable Development Goal,” he says. “This will unfortunately compel millions to die. This would be a shame when the governments have a real chance to save them, without increasing their tuberculosis budget.”

Eradicating tuberculosis within two decades is a tall order, but Operation ASHA is proving that its community-centered model can achieve it.