“The evidence is increasingly strong that integrating a mindset around environmental, social, and governmental (ESG) [criteria] leads to better investment returns.”

Why is this change coming now?

“There’s a groundswell of interest in climate. The very fact that we can all feel it, and see it in the news—see the fires in Australia and see flooding and so on – raises concerns. Second, there’s been a lot of targeted pressure on BlackRock to change its tune. And, third, the financial performance implications have become increasingly clear that considering environmental sustainability is not only not harmful for your investments but is actually a good idea. So when you think about those three factors — tangible evidence of climate change, intense pressure on BlackRock, and a strong financial argument for considering environmental sustainability – it’s about time.”

Will this letter drive investments and business practices to promote environmental sustainability?

“What makes me hopeful is that there is a greater level of specificity and accountability in this letter than we have seen in Larry Fink’s recent letters to CEOs. Fink’s 2020 letter effectively says, ‘We’re going to do the following things. We’re going to exit from these types of companies. We’re going to create funds that do the following.’ That’s a lot more specific than ‘we need to pay more attention to long-term corporate financial performance.’ That makes me hopeful because this letter will allow people to hold BlackRock accountable.”

What worries you about this letter?

“With the pressure on companies to improve on environmental, social, and governance dimensions, there comes a fear that companies will engage in what people are calling ‘greenwashing,’ ‘impact washing,’ or ‘window dressing.’ The companies that BlackRock and others are investing in may be good on some dimensions but lousy on other dimensions. We need environmental experts and activists to continue the pressure and continue educating us all.”

What role have environmental activists played in pressuring BlackRock to change its investment policies?

“It’s been fascinating to me to see the evolution of environmental activists’ strategies.  Those who are concerned about climate change have moved up the ladder from ‘Hey, people, recycle your bottles and cans,’ to “Hey, companies, what are you doing to become more environmentally sustainable?’ to a still higher level and that is, ‘Hey, BlackRock, the largest asset manager in the world, we’re putting pressure on you to use your power to make a difference.’” 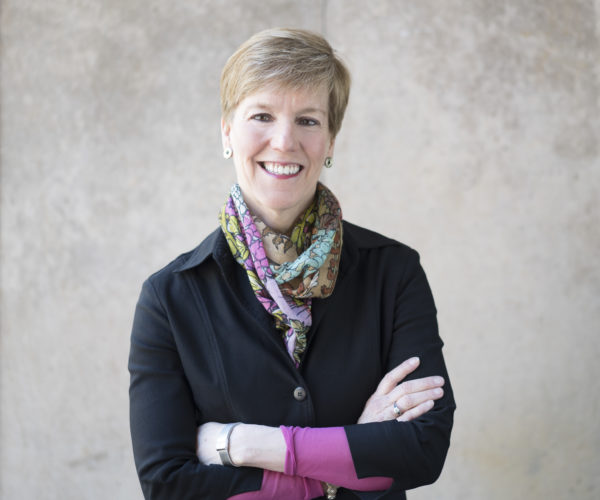